Power Up Your Beasts in Clash of Beasts: Awakening

Prestige, Enhancements & Ascension are three new features we’re adding to Clash of Beasts: Awakening, as a part of our total redesign for the game. These will give you different ways to improve your beasts, strengthening them, adding value to all beasts, and making them desirable to use, even after you unlock newer ones. We wanted to make it so that a beast’s value wasn’t solely determined by its rarity and tier, and instead make any beast you like viable for long term use.

First up, Prestige. Prestige adds the option to increase a beast’s maximum level. As veterans of Clash of Beasts will know, beasts have a maximum level known as Expert. Once a beast reaches this, it loses its usefulness in battle, as better and stronger beasts replace it with their higher-level cap, rarity, or tier. With Prestige, players can now increase the maximum level of a beast once it reaches Expert status. To Prestige a beast, you’ll need to use a new, rare resource, called Phoenix Hearts, as sacrifice to the gods to grow the beast through their divine powers. Phoenix Hearts can be earned in-game and there will be 5 variations of Phoenix Hearts, one for each god alignment. For example, to Prestige a Vorm beast, you need to use a Charred Phoenix Heart.

After applying Prestige to a beast, a new ‘star’ is unlocked up to a current maximum of 5 stars, and the beast will be reset back to level 1. Beasts can be prestiged multiple times based on their starting rarity. Below you can see the details of how many times a Beast can be prestiged, as well as what the maximum level will be afterwards:

Next up, let’s take a look at Beast Enhancements. As mentioned in our Beast Summoning article, summoning a new beast costs 20 Soul Fragments. Once you unlock the beast, you can continue to earn fragments for this beast, which brings us to enhancements! Enhancements are a secondary way to add value to Beast Soul Fragments, by giving players the option to choose to upgrade their beast’s stats by combining fragments and using them on a summoned beast. Combining 30 fragments for a beast will allow you to enhance it 1 time, and the fragments required to enhance the beast increases with each subsequent enhancement.

For now, there is no visual representation of the enhancement on a beast, but in the future, we’re planning to add visual tweaks to them to indicate its enhancement level, giving beasts extra armor or items on their models in-game.

Lastly, we have Ascension. One of the areas identified by the community over the last few months which needs improvement is that as we introduce higher tiers, and increase the maximum base level, we end up in the situation where earlier tiered beasts are completely unable to compete with max level players and their bases.

Ascension is a feature which we’re hoping to use to address this. Ascension will be directly linked to the Campaign. With each new Campaign chapter we release, we will also release a new Ascension currency. Ascension currency will be available in each chapter and can be used to upgrade a beast. Ascending a beast will give an increase to the beast’s base stats and make it so it maintains value for use in battles, essentially keeping beasts as useful long term.

That’s all and thanks for reading! 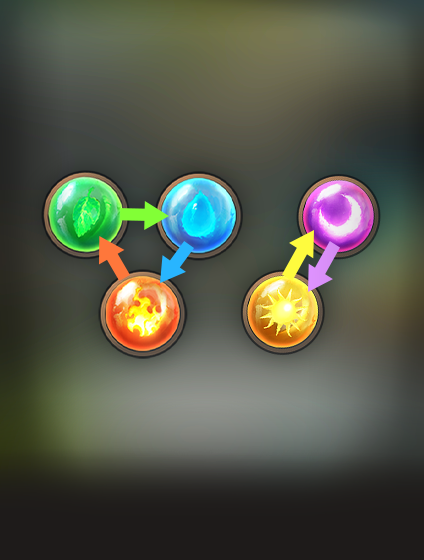