Favored shock troops of Vorm, Behemoths come in all shapes and sizes (though ‘large’ and ‘mean’ are almost always a given). Perfectly designed to wage war on literally anything that annoys them, sometimes however, the Behemoths bite off a little more than they can chew.

Such was the case with this particularly angry Stomper. While wandering around and looking for things to stomp (as is tradition), it came across an in-progress ritual being held by followers of Slern. Delighted to be able to destroy something new, it smashed apart the delicate ritual circle, snuffed the ritual fires, and moved to flatten the ritual casters themselves. In that moment, however, the spell they were preparing collapsed, blasting Evermaw with raw necromagic. When the dust settled, Evermaw awoke to a gnawing, ravenous hunger unlike any it had felt before. No matter what it ate, however, it remained in a state of near-constant starvation, for the negative energies released by disrupting the ritual had cursed it, always siphoning away the bulk of anything it consumed, along with any sense of satisfaction or satiety. Now it wanders the New World, near-mad with hunger, desperate to find and eat new things in the hopes of finding something – ANYTHING – to diminish the gnawing within. 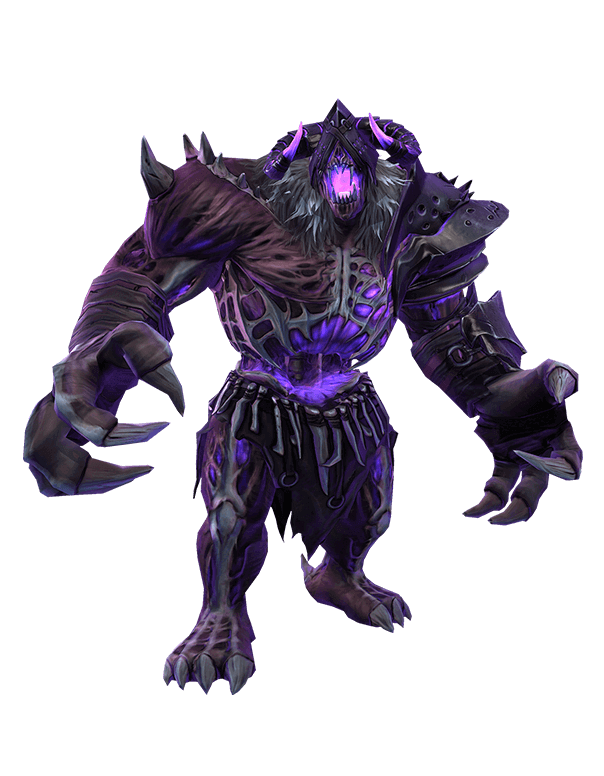 Removes all debuffs from the beast and heals it!