Slughorn is said to have once been a phoenix, and a friend to Solara. That is, until he betrayed her. Jealous of her status with Haala, Lighthorn, as he was once known, longed to be as close as Solara was on Haala’s Ladder. Centuries of resentment culminated in a betrayal high above the Urera Break. Fending off a siege by Slern and his acolytes, they came under a volley of fire. A nudge was all it took. Solara was bumped into a stream of arrows and fell, plunging deep into the Break. Horrified, Haala cursed Lighthorn, extracting her light from him, preventing him from ever resurrecting as other phoenixes can. Gone too were his eyes, so as not to be able to gaze upon her light again.

Sure enough, Slern, attracted to such a display of treachery, saw his opportunity. Ordering another volley of poison arrows, he felled Lighthorn. Down into the Break he went. Centuries later, as the next rebirth cycle approached, Solara emerged, but Lighthorn was nowhere to be seen. Slern, ever the corpse craftsman, rebirthed Lighthorn, modifying him, cursing him, and twisting him. Gone were the glorious feathers and the luminous horn he was known by – replaced by a mass of rotting, flying meat. Slughorn was born. 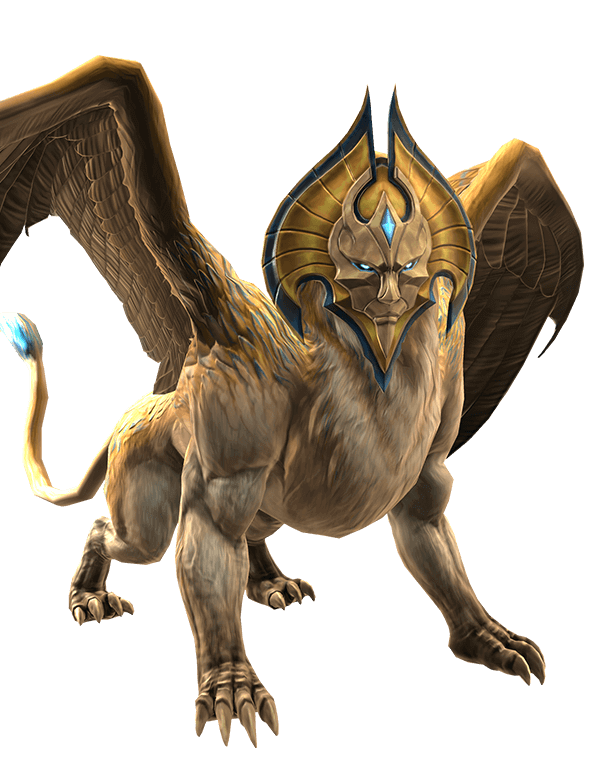 Casts a shield around the beast that will absorb all incoming damage until it becomes overloaded and deactivates.

(Passive)Grants the beast full immunity to all poison effects and damage over time.

Damages all nearby towers. If the towers are destroyed, the beast will be healed for a percentage of the towers’ HP.